Brother Doty was saved at the age of 21. A year later, in 1981, he married his wife Shelley. Together they have raised 5 children who today are all married and in church. The Dotys have served together as youth directors for 25 years and Mr. Doty has been assistant pastor for 10 years. They have run their family business, KD Roofing, for 26 years. When asked about his greatest blessing brother Doty said it was “accepting Jesus Christ as my Savior, and getting to see God miraculously bless my life in spite of me. Getting to watch my lovely wife follow and minister with me along the way, staying in love with me, and her family for 38 years. Now we are seeing God work in our children’s and grandchildren’s lives.”

Therefore, my beloved brethren, be ye stedfast, unmoveable, always abounding in the work of the Lord, forasmuch as ye know that your labour is not in vain in the Lord. 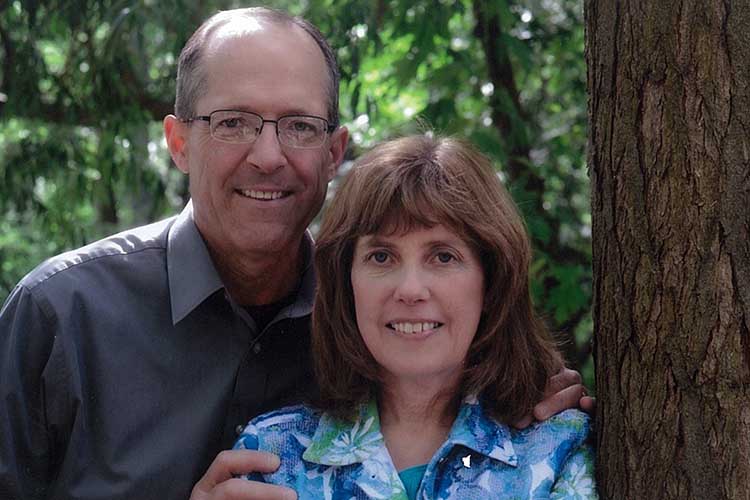 Rick DeMichele is an ex-Roman Catholic, who was born in 1956 and raised in Chicago, IL. He graduated in 1978 from the Pensacola Bible Institute in Pensacola, Florida and has been in the ministry since graduation. He has pastored churches in Chicago, Pennsylvania, and Idaho. In 1984 he and his family came to serve at Treasure Valley Baptist Church in Meridian, Idaho where he has been the senior pastor since 1986. His family includes his wife Carol and three adult children, Katie, Don, and Vickie. All are married and actively serving the Lord. They have ten grandchildren.

God has also blessed the church with a Bible Institute that has, over the years, been instrumental in training numbers of men that are now actively serving in the pastorate and on the foreign mission field.